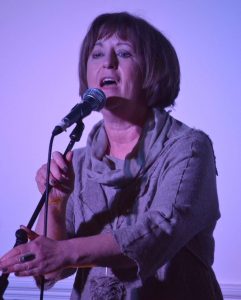 Joni was originally brought up in the beautiful conservation village of Eaglesham, Scotland and was introduced to Arran as a child through family holidays and immediately fell in love with the island. She moved to Arran aged just twenty and opened a bistro titled “The Pancake Place” in Whiting Bay. Not long after she met her soon be to husband Tim Keen, a local builder and settled down to married life together. Joni and Tim have two children who are now grown up, her son Iain still lives and works on the island. Her daughter Robyn travels the world as a resort manager.

After moving on from her bistro, Joni has run various tourist related businesses on Arran including self catering accommodation and holiday cottages. Joni is a well known figure throughout the island not only for her business activities, but also her talent as a singer. She has released many albums and is signed to Circular Records in Edinburgh and is often heard on BBC radio programmes performing with her band.

She decided to create the Stories of a Scottish Island podcast to publicise the island she loves and promote the people, community, products and culture to a wider audience around the world. Through this podcast, thousands of people who have never even heard of the Isle of Arran are being introduced to it’s charms. Joni is a keen hiker and takes great delight in the many walks and trails around Arran, accompanied by her ever faithful dog Juno.

Check out Joni’s latest podcasts and up and coming shows. You can view the Joni Keen jazz vocalist website for Joni’s latest gigs and musical recording work.

This site uses Akismet to reduce spam. Learn how your comment data is processed. 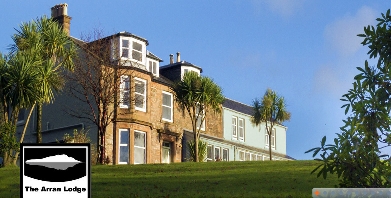